Mushroom farming starts with, predictably, mushrooms. All fungi that are cultivated commercially have the ability to regrow and spread from a single sample of the original mushroom, much like a succulent plant can grow a whole new plant from a single cut leaf. Samples of the mushroom you desire to grow are mixed with a source of cellulose (sawdust, woodchips, paper waste, ect) and a source of nitrogen (coffee grounds, bran, fertilizer, ect). This mix is wetted down to between 50% and 70% water. Over time, the mushroom spreads from the starter sample and gradually takes over the entire mix. Theoretically you could introduce the mushroom to new sources of cellulose and it would continue to grow and spread forever.

Mushrooms digest cellulose and turn it into ‘fruit’.

Cellulose it the most common organic compound on the planet, and is the compound that makes up the body of plants. When you feel the bark of a tree or the surface of a leaf, cellulose is giving that plant it’s structure. Fungi are one of the only organisms capable of digesting cellulose … without them, every plant that died would just sit on the ground forever and never decay back in to soil.

The part of the mushroom that we eat is called the ‘fruiting body’, and serves the same purpose as an apple does for an apple tree. The fruiting body eventually releases spores, and these spores serve as seeds to spread the mushroom to places it otherwise can’t reach and allow it to breed new genetic combinations.

Once the cellulose is digested, you’ve got mushroom compost.

Mushroom compost is a valuable additive for farming, gardening, and forestry work.

“ Mushrooms are like your hand touching mine. Mushrooms and touch are how galaxies collide.”
Paraphrased by New John Meluso from Sanober Khan 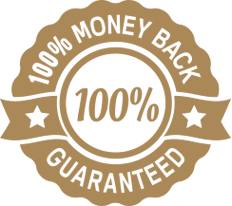 You are fully protected by our 100% Satisfaction-Guarantee. If you aren't happy with your purchase, during the year, just let us know and we'll send you a prompt refund of the unused share.

A section like this is perfect for addressing buyer objections and smaller concerns that your visitors might still have.

An easy way to get pre-sales feedback is to add a "Contact Us" link to the bottom of the page, so that visitors can send you questions by email.

What about exit intent lightboxes?

You can also use the built-in exit intent feature to open a lightbox with a contact link and invite visitors to leave some feedback before they exit the site.

A great way to populate the FAQ section with questions is to invite pre-sales feedback from visitors. Your visitors will happily tell you exactly what questions are on their minds.

Have you tried a chat widget?

There are also many services you can use to add a live chat widget to a page like this. Inviting visitors to a live chat is a great way to learn about common questions and also increase sales conversions while you're at it.

We're using content toggles in this section, which allows you to present many questions in a compact form. Your visitors can easily read more about the questions they themselves have and ignore the rest.

Yes, I want to start getting [benefit] now!